A US-based multinational medical device corporation will pay more than $22 million to resolve a criminal charge regarding fraudulent misbranding of their surgical gowns.

Avanos Medical Inc, which as its US headquarters in Alpharetta, Georgia, is charged with one count of introducing misbranded surgical gowns into interstate commerce with the intent to defraud and mislead. 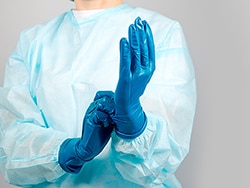 According to the Department of Justice, the company knowingly falsely labeled its MicroCool surgical gowns as providing AAMI Level 4 protection (the highest level) against fluid and virus penetration. Under the standards set by the American National Standards Institute (ANSI) and the Association for the Advancement of Medical Instrumentation (AAMI), the highest protection level for surgical gowns is reserved for gowns intended to be used in surgeries and other high-risk medical procedures on patients suspected of having infectious diseases.

Avanos admitted to selling hundreds of thousands of MicroCool gowns that were falsely labeled as AAMI Level 4 between late 2014 and early 2015, as well as directly lying to customers about the gowns’ protective capacities. In total, Avanos sold almost $9 million of misbranded MicroCool gowns.

“The last thing healthcare workers should have to worry about is whether their personal protective equipment lives up to manufacturers’ claims,” said Acting US Attorney Prerak Shah for the Northern District of Texas. “Misbranded PPE can pose serious risks to medical professionals and patients alike.”

From 2008 to 2016, the Department of Justice alleges, Alere knowingly sold defective INRatio blood coagulation monitors used by Medicare beneficiaries who were taking anticoagulants. The software algorithms in the monitors contained a material defect, which Alere had found in their research, to cause inaccurate readings. Blood coagulation monitoring is essential for the safety of these patients, enabling them to maintain a safe dosage of their medications. Taking too much of an anticoagulant can cause major bleeding, while taking too little can cause blood clots that lead to strokes.

While Alere was aware that these devices were linked to over a dozen deaths and hundreds of injuries, the company continued to conceal the defect and billed Medicare for the devices.

In 2016, the product was taken off the market at the request of the FDA.

Through Shafa’s company, Novel Psychopharmacology, the two allegedly filed false and fraudulent Medicare reimbursement claims from 2016-2019, then deposited the money in their bank accounts, according to federal officials. From 2008-2018, the couple also engaged in an international money laundering scheme to purchase naltrexone pellet implants, disulfiram pellet implants, and injections from Hong Kong that were not approved by the FDA. According to officials, they falsified shipping documents, disguising the naltrexone pellet implants as “plastic beads in plastic tubes” to receive the drugs. They then offered to sell these drugs to patients of Novel Psychopharmacology.

A federal jury in Texas convicted the owners of two durable medical equipment (DME) companies linked to a scheme to defraud Medicare.

Ms Hagen and Mr Hagen paid a fixed rate per DME item in exchange for prescriptions and paperwork completed by telemedicine doctors that were used to submit false claims to Medicare, which totaled about $59 million. They were paid $27 million, and wired millions to their personal bank accounts. The defendants paid illegal bribes and kickbacks and wired money to their co-conspirator’s call center in the Philippines that provided signed doctor’s orders for orthotic braces.

At trial, evidence showed emails between Leah and Michael Hagen and their co-conspirators outlining a per-product pricing structure for orthotic braces, but not disclosing their agreement as one for marketing and other services.

At sentencing, the Hagens each face a maximum sentence of 25 years in prison.